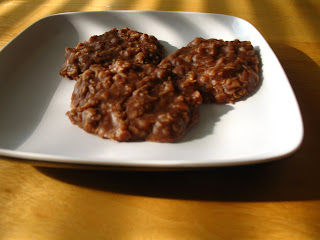 BigBoy's request was this stove top drop cookie made of chocolate, peanut butter and oatmeal. 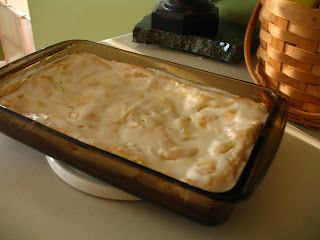 My neighbor's mom passed away so I made this cream cheese pastry for them. 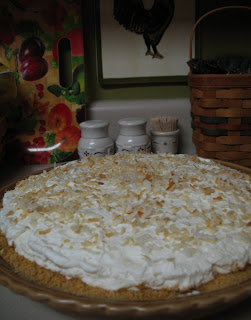 Mr. Unplugged's favorite is the coconut cream pie - he is finishing off the very last piece now! 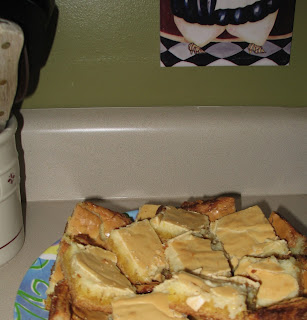 The in-laws grabbed some of these before we even had the meal. It is a well known Paula Deen recipe, Gooey Butter Cake...though it really is cut into bars. 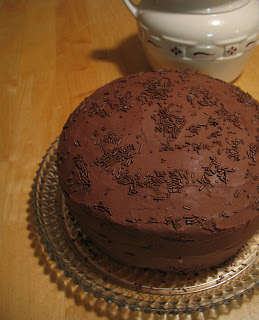 This was the new recipe, another Paula Deen recipe, Decadent Chocolate Layer Cake. 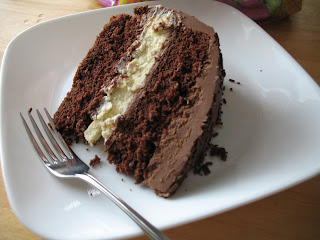 The middle layer is cheese cake.......it was very, very good. I do believe that milk was left out of the ingredients for the icing. I made it Saturday evening, which was the very last thing I mixed up. It was like concrete, I thought the big mixer was going to tear up, I had to add some milk, a little at a time to try to get it to a spreadable consistency. It was it a big ball clung tightly around the beater. I probably read over that part of the recipe a dozen times making sure I had not left something out.....12 ounces of chocolate melted, a cup of butter and six cups of confectioners sugar with only 3 tablespoons of Amaretto liqueur was not going to work.
I had started my baking Thursday with a cinnamon pull apart cake for the neighbors but I took a quick shower and left it in just a bit too long and left it here and made them the cream cheese pastry. It is one of their favorites. Needless to say, the family here was thrilled with that. Next, I made BigBoy's cookies so they would be here when he arrived, double batch, they stayed here and he took remainder back to school with him.
Friday I made the coconut cream pie, baked the chocolate cake and the cheesecake layer, the butter cake and the pasta dish for the tournament on Saturday. The pasta has chicken, bacon bits, cheddar cheese, celery, spiral pasta and mixed with ranch dressing.....the girls love it....it's actually called 'Volleyball Pasta'. I also mixed a tortilla chip dip made with cream cheese, chopped green chili peppers, shredded parmesan cheese, sprinkled with bread crumbs and baked. It was the first time I made it.....all of it was eaten at the tournament. The girls did well at the tournament but only came in second in their pool play.....VolleyGirl played very well. We arrived at the tournament before 8 a.m. and left around 5 p.m. Our last club tournament is this weekend in Atlanta, we will leave Friday and return Sunday. Guess what...school volleyball starts that Monday. Thankfully, I will not have to bring food this weekend. In-between the baking I was doing wash. My goal was to get the baking done by Friday so that I could have Friday and Saturday night free except for mixing the icing and putting the cake together. BigBoy helped me finish up the icing...........We went to my in-laws, came home, got BB off to school around 4:00 then I went to my brother's for awhile. Today, VolleyGirl's school was still out so I taxied her to meet friends for lunch and a movie. It's at a shopping center so I browsed awhile then went to the bookstore, plopped down and finished my drawing. I will post that tomorrow. Okay.....that's a 'not so quick' rundown!!!!! I probably still won't get around to all of you till tomorrow....have to clean kitchen after preparing supper....VG is doing homework!! Love ya!
Posted by ArtistUnplugged at 3:52 PM 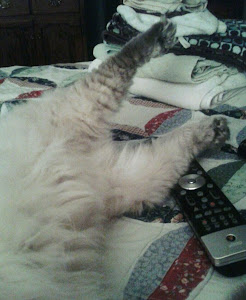 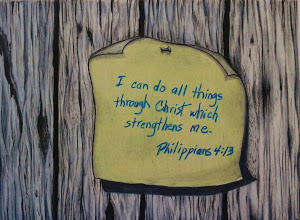 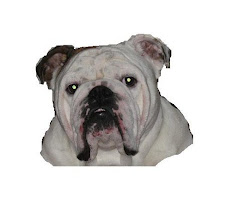 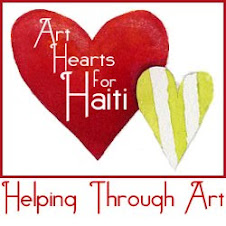 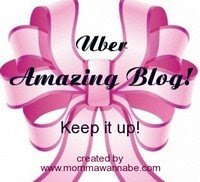 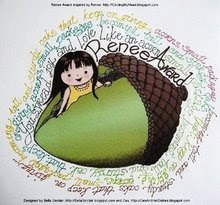 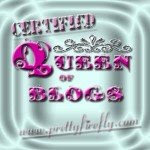 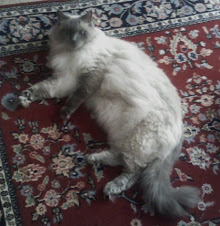